Our Executive team is responsible for keeping American Virtual operational. 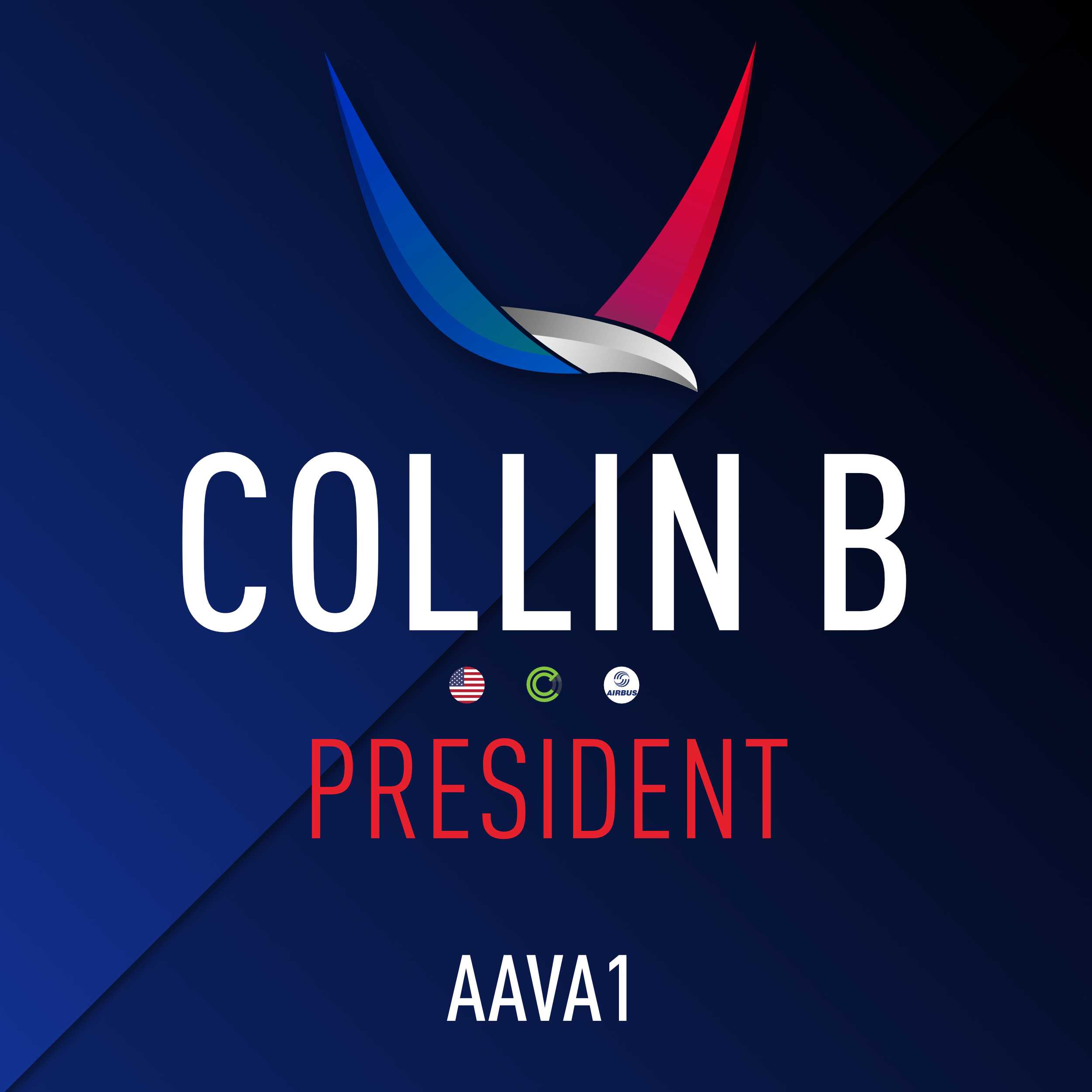 Hello! My name is Collin, I’m the President here at American Virtual. I oversee all operations, manage the instagram account, manage the CrewCenter, manage IFC announcements/posts, I’m the IFVARB representative, and I’m the OneWorld Virtual liaison. As a kid, I always had a fascination for aviation, whether that was dressing up as a fighter jet pilot for Halloween, or having my bedroom covered in airplanes, I simply couldn’t get enough. This passion slowly grew and lead me to flight lessons, where I have the goal of obtaining my PPL. I downloaded Infinite Flight in early 2015 and haven’t stopped playing since. Joining American Virtual in August of 2019, I found the community welcoming and unique. A few months later, I was hired to fill the role of Pilot Manager, where I learned the core values of AAVA and how it operates. I was awarded the Vice President position in January 2020. As Vice President, I worked alongside the esteemed Dylan Bright, who taught me the core operations within this VA. He also showed me what it was like to lead all of the pilots, staff members, and how to make difficult decisions. After more than a year of service as President, Dylan resigned, which meant I would take the role of President. My duties as President began on June 7th, 2020 and since then I have continued in the footsteps of Dylan, while making my own as well. Moving forward, I plan to continue my ideals and goals, while creating the best experience for our pilots. I’m always open to chat, whether it’s about the cramped C152’s or IF related topics, or anything you want! 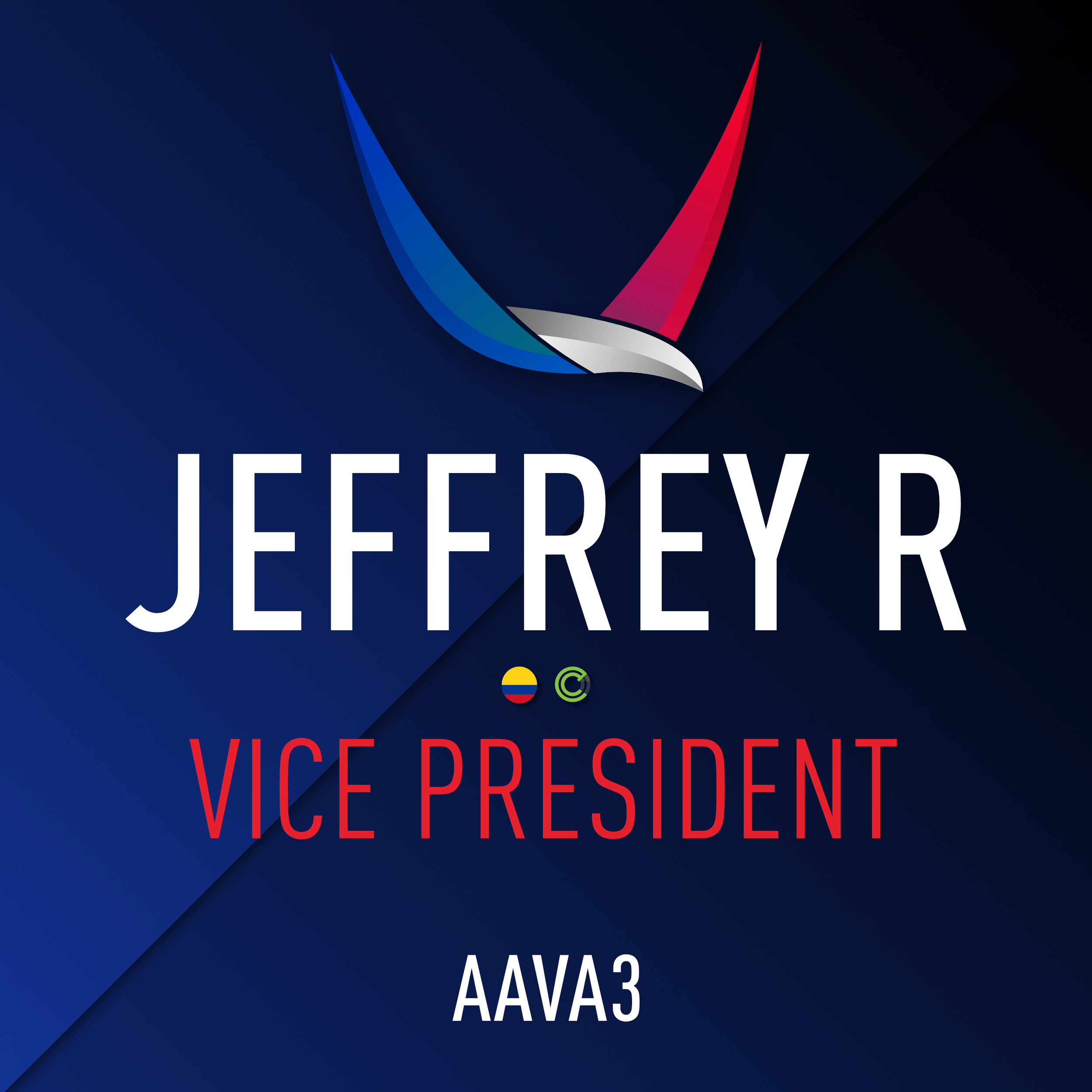 I’m Jeffrey, one of AAVA’s two Vice Presidents. My job here is to ensure the VA is running smoothly and help out the president when making executive decisions regarding the VA. I originally joined AAVA in February 2018 as a New Hire. After dedicating countless hours in the skies, I soon was awarded with the Concierge Key reward. Ij September 2019. I applied to the Events Manager staff position and I held that position until May 2020, when I was promoted to Vice President. It’s been a blast at this VA and I’ve gotten to know many pilots in my 16 months here. I’m online quite often, so feel free to PM me, whether it be to talk about our lives or just aviation in general!

Our Middle Leadership Team plays a major role in ensuring that the experience here is unforgettable. 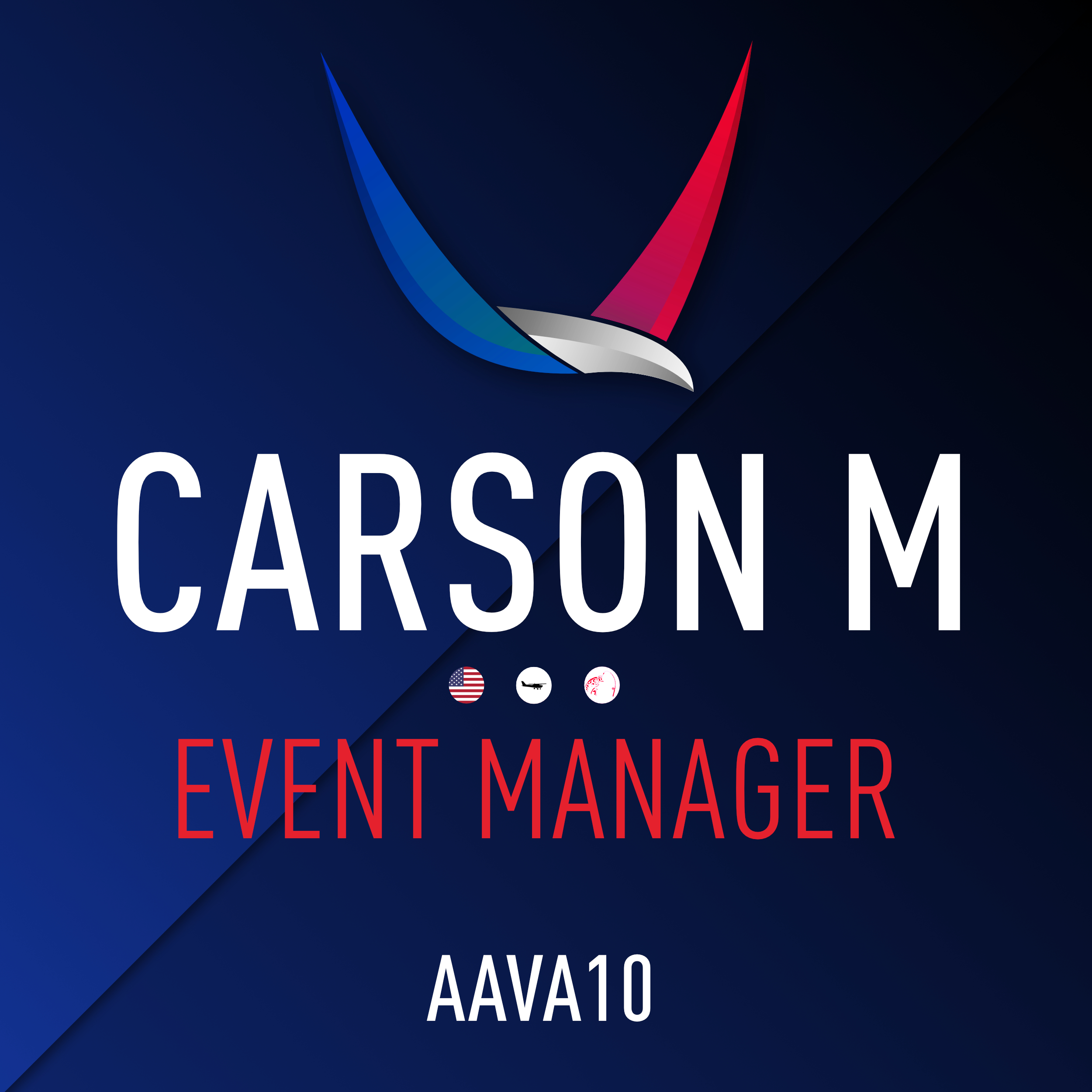 Hello Everyone, My name is Carson and I am an Events Manager here at American Virtual. I am in charge of coordinating all of our events within American Virtual and outside with partner VA’s. I joined American virtual in March 2019 and been flying the AAVA skies. I recently in August 2020 was given the position of Events Manager. Outside of American Virtual I am attending school to complete my flight training. I currently hold a Private Pilot, and Instrument Rating. If you have any questions regarding anything please don’t hesitate to ask. Once again we hope to see you soon. 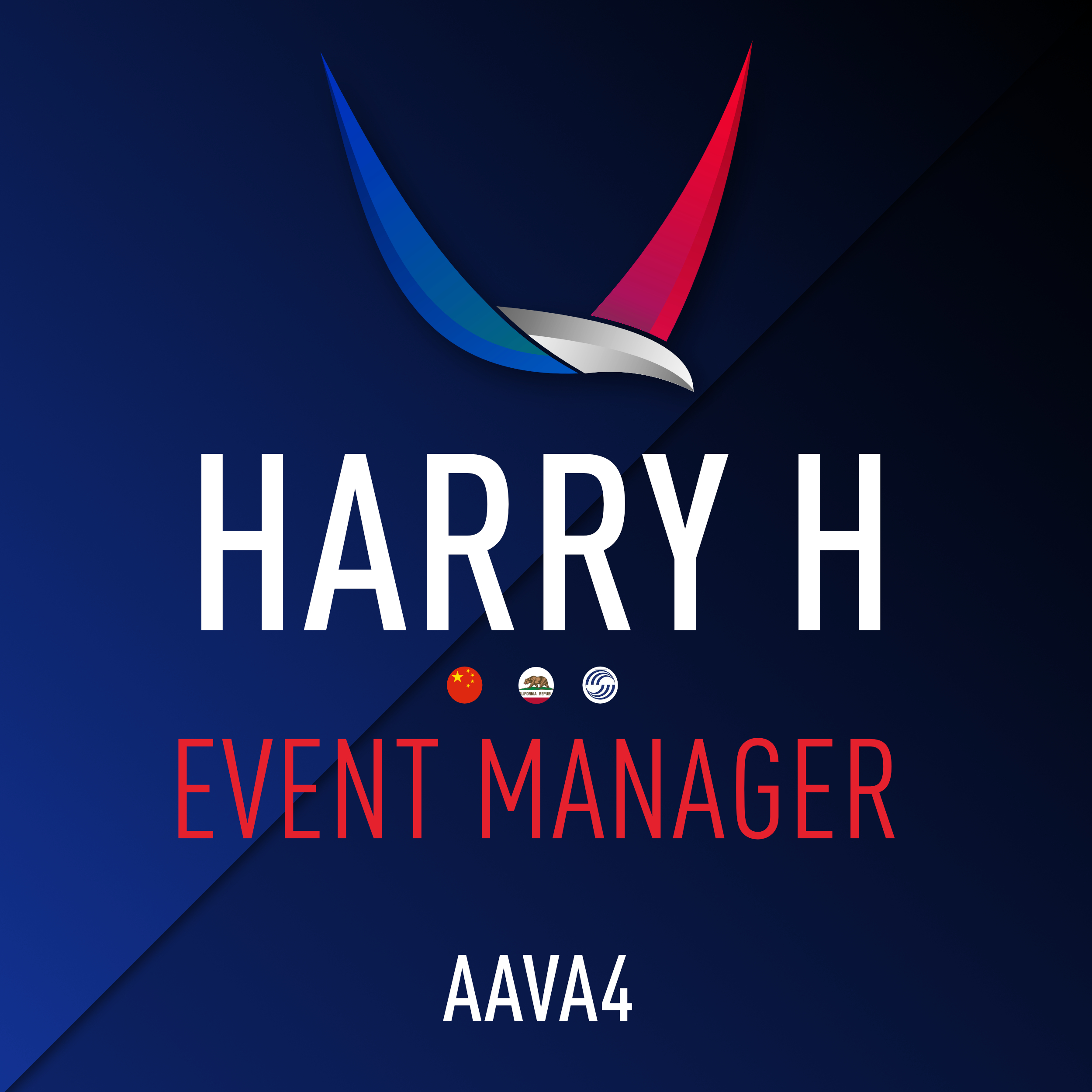 Hey guys! I'm Harry and I'm the Pilot Manager for AAVA. You might know mw better by HarryH1. I am a grade 5 pilot with more than 16,000 hours and 10 million XP logged on IF. I'm originally from Harbin, China (ZYHB) and I am now living in Orange County, CA (KSNA). As of September 2020, I am a 17 year old high school senior and student pilot based in John Wayne Airport working towards my private. I have 50 hours logged all in Cessna 172s. My favorite regional airline is SkyWest. My favorite traditional airline is Alaska. My favorite low cost airline is JetBlue. My favorite legacy airline is American Airlines. I'm excited to be working with AAVA and to fly with all of you! 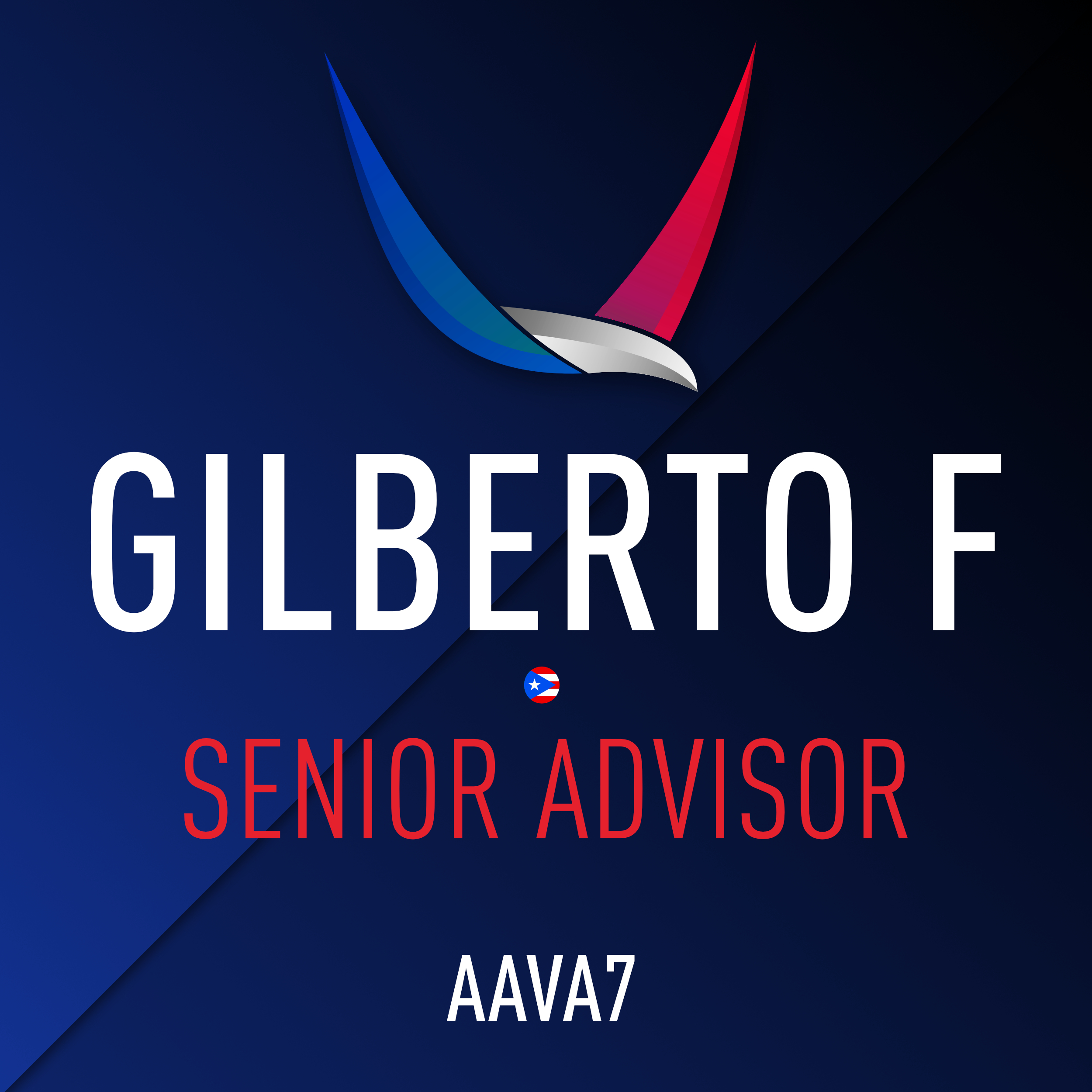 Hi everyone! I'm Gilberto the Human Resources of American Virtual. In the staff team I help with the recruitments, special programs, PIREPS and any other tasks that need to be done. I came part of the big American Virtual family in May 2019, and for the last 11 months I've been enjoying being part of this big family. As a family we have fun, learn and be the most realistic VA you can find in the IFC. My goal as a Special Advisor is to help the staff team to maintain our VA as it is and get better. If you have any questions feel free to send a message. 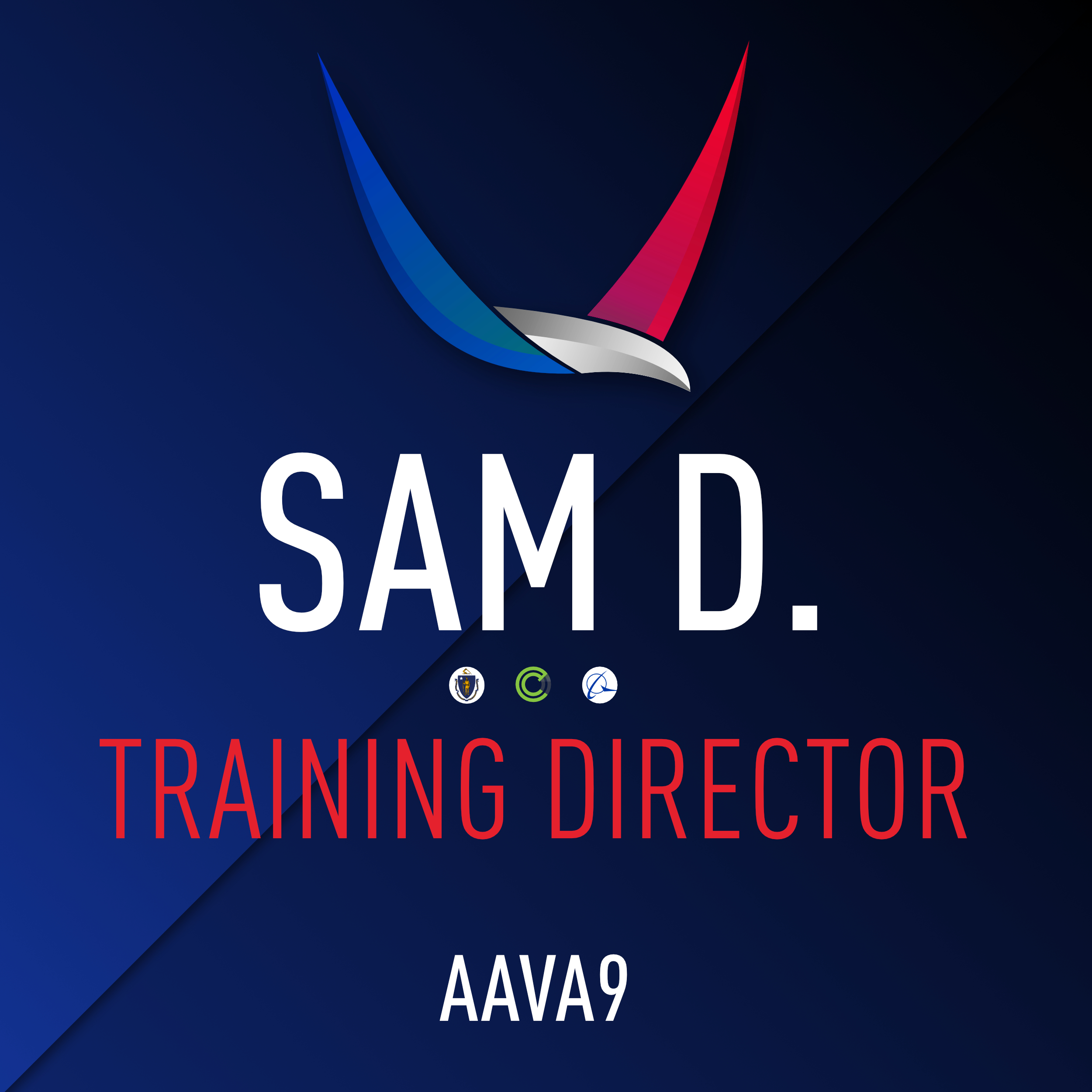 Hi everyone! My name is Sam and I am one of your Training Directors! I look forward to working with you in American Virtual! Just a little bit about me, I am a student pilot slowly going towards my Private Pilots, I am apart of IFATC, I throw shot put and discus for my school, I used to be a swimmer and played baseball. I am a umpire in my local town and love helping out in any way I can. I am also the leader of my local Boy Scout troop! Anyway, I’m super excited to work with you all and get to know you! Happy Flying! 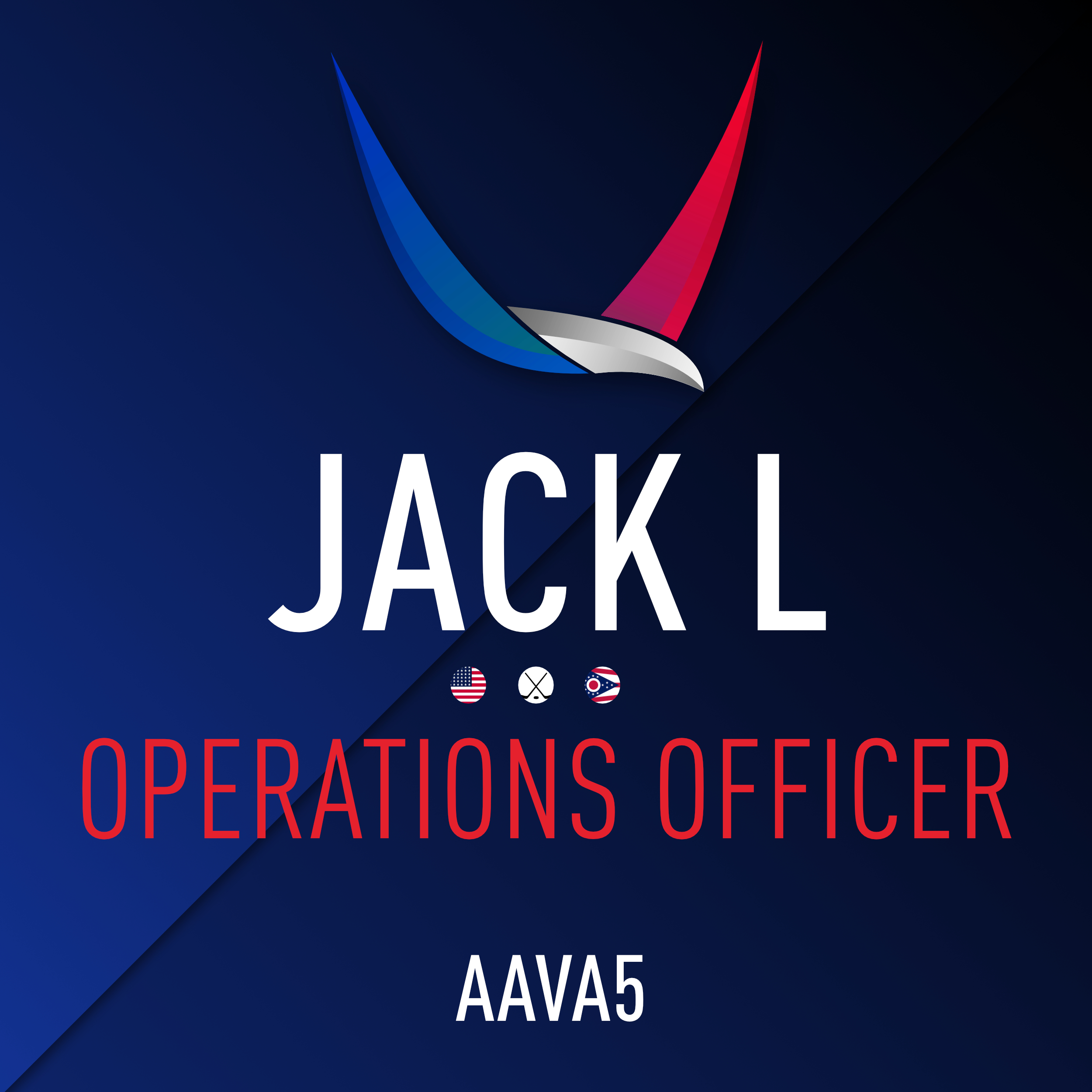 Hello! My name is Jack and I'm the Operations Officer here at American Virtual! You will see me hosting events, participating in checkrides, creating the RoTW's, and accepting your PIREP's! I'm from just outside of Columbus, Ohio, and I picked up my love for aviation as recent as last year! I live close to John Glenn International Airport so I'm constantly seeing planes go by which developed my love for aviation! I started my Infinite Flight subscription in September of 2019 and I've been renewing it since! I love American Virtual and I love everybody in it! It's such a well thought out VA and I'm super excited to be apart of it! American Virtual is a great start for anyone new to the virtual airline community, and we'd be super happy to have you!